Stress management therapies abound, including one that even recommends eating chocolate! There are also structured yoga and meditation classes and some undoubtedly help.

But the stillness and peace many aspire to can appear as unreachable as Shangri-la, the mystical Himalayan lamasery immortalised by British author James Hilton in his 1936 novel Lost Horizon.

Stress, according to Webster’s dictionary, is “a state of mental or emotional strain or suspense”.

A host of studies insist the condition is a killer and to be avoided at all costs, while usually listing the situations – some unavoidable – said to cause it.

One relatively recent study of stress in monkeys found it made them fat and suggested it could have the same effect on people.

Another warned it wiped out brain cells.

So is there a real solution? In my experience there is and it is available to everyone.

A venerable quote on stress advises: “If you are distressed by anything external, the pain is not due to the thing itself but to your own estimate of it; and this you have the power to revoke at any moment.” (Roman Emperor Marcus Aurelius)

Author and speaker Dr Wayne Dyer has said: “The components of anxiety, stress, fear, and anger do not exist independently of you in the world. They simply do not exist in the physical world, even though we talk about them as if they do.”

The common theme is that our consciousness has a central role in our experience.

Some years ago work pressures weighed me down, my driving manners deteriorated and my marriage suffered.

But as I pondered the problem I realised my mental attitude was instrumental in determining whether pressures – perceived or actual – would become stressful.

My “estimate” of the situation had to change. The pivotal alteration would need to occur in my “thinking”.

It rapidly became clear another step in my understanding was necessary – I could not allow a stressful situation to take control of my thinking.

That, I realised, would prevent me being a victim.

Very rapidly, I realised what I had regarded as extreme stress at work – deadlines, competition, a paramount need for accuracy – were instead opportunities to flourish.

Fellow drivers no doubt benefitted enormously from my newly realised capacity to be courteous and relaxed, even in the face of the most extreme provocation. 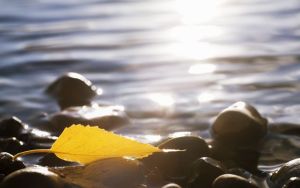 As for my marriage – well we recently and very happily celebrated our 27th anniversary.