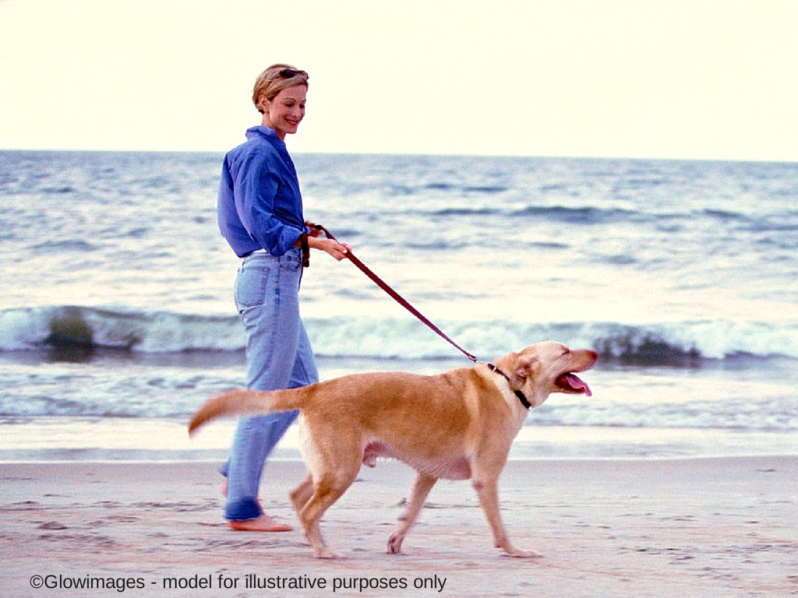 Did you know there’s a “wonder drug” that’s not available on the NHS, but is still freely available? All we have to do is use it.

That was probably the most intriguing message at this year’s British Science Festival.

He insisted a half-hour stroll could positively impact everything from Alzheimer’s to obesity and from diabetes to depression. Additionally, it could reduce anxiety, halve arthritic pain and even lower the risk of dying.

In other words, you can do yourself a world of good with a daily walk. Or if you can’t motivate yourself to get out and about, get a dog who will take the lead!

And if you do stroll through your neighbourhood you will be in the company of such luminaries as Charles Dickens, William Wordsworth and many others who regularly walked in order to get their creative juices flowing.

“There is something about the pace of walking and the pace of thinking that goes together,” says Geoff Nicholson, author of The Lost Art of Walking.

As someone who has long loved walking for the sheer joy of it, my only question is why anyone who could do so would choose not to indulge in such a wonderful activity. Yet when my wife and I amble through our neighbourhood we rarely see fellow walkers.

For that reason alone, I hope this pleasant pastime might once again become more popular so I can tip my proverbial hat to strangers and wish them a “good evening” as we pass each other on our daily constitutionals.

Yet what if there was a “higher” walk that could take us a significant step further? My experience would suggest walking “with God” – i.e. adding prayer to our promenading – can prove even more beneficial to health.

To some, perhaps, praying might seem even more antiquated than the idea of “taking a daily constitutional”!

But what if it can be proven to be practical. Two thousand years ago Jesus reportedly did just that, healing the sick without medication. Today many are road-testing the benefits of such an approach to their health needs. Indeed, for three decades I’ve found prayer based on an understanding of God as a dependable, divine Principle – rather than a changeable Deity, needing to be won over – can be really beneficial to our wellbeing.

For instance, a painful, chronic condition developed in my feet over several years. For a while I ignored it as an occasional nuisance, but eventually it became a constant concern. Finally, it intensified to the point where walking had become a health problem, rather than being health-giving.

At that point I was limping painfully with each step, and a pending week in Paris with my wife loomed as a nightmare trip rather than a dream holiday. Yet from previous experiences I’d had I realised a
mental shift could make the difference to my body, because pain can be more thought-based than we generally recognise. Many medical experts see it that way and increasingly prescribe talking therapies in preference to pills in such situations.

What healing prayer offers beyond such a progressive approach to dealing with pain is a specific recognition of what the primary mental need is – namely, an awareness of our unbroken relationship to the Divine. Many have found such a change of perspective can transform their experience in practical ways.

That’s what happened for me. Through understanding that my relationship to the Divine couldn’t be interrupted I came to see my strength and freedom differently – as being spiritually sourced and constant, rather than materially dependent and fragile. With every step I made sure I stood “porter at the door of thought” (Science and Health, by Mary Baker Eddy) and prayerfully affirmed the applicability of that idea to my experience.

The result? A week later I had a veritable spring in my step during our “Paris in the springtime” holiday and I have been fine ever since. In fact, I recently played football with a group of youngsters and acquitted myself favourably.

Scientific research into the benefits of walking highlights a liberating idea – that we have more influence over our health than we often realise.

In addition, many have found prayer can take them on an even higher and healthier walk – a spiritual journey offering vibrant inner vistas that point to a divine heritage of unwavering health.

This was first published on The News Hub.